Report for the Arbroath event.

Seven members fished aboard MV Ardent out of Arbroath. We met at McDonalds for a coffee and a quick chat before starting. We set sail at 9.00am and headed to where some other boats were fishing. Had a few drifts only small fish were about. Matt was the first one into what looked like a good fish on his spinning rod a Cod off a 1lb 8ozs.

The skipper decided to have a shot over the bell rock light house which proved to be a better decision as Frank had a solid take but after a couple off turns off the reel it popped the hook.The tide picked up  and the drift became faster and  the skipper tried hard to keep us on the fish. Over the course of the day it was mainly Cod and Wrasse, Tony had a small Ling 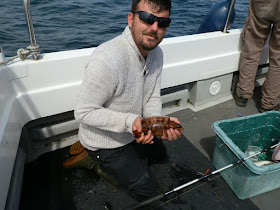 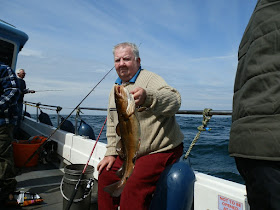 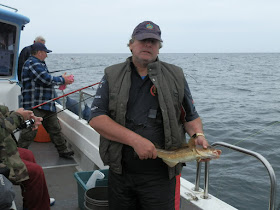 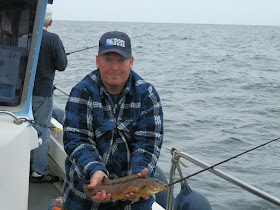 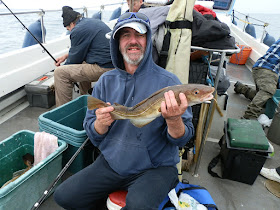